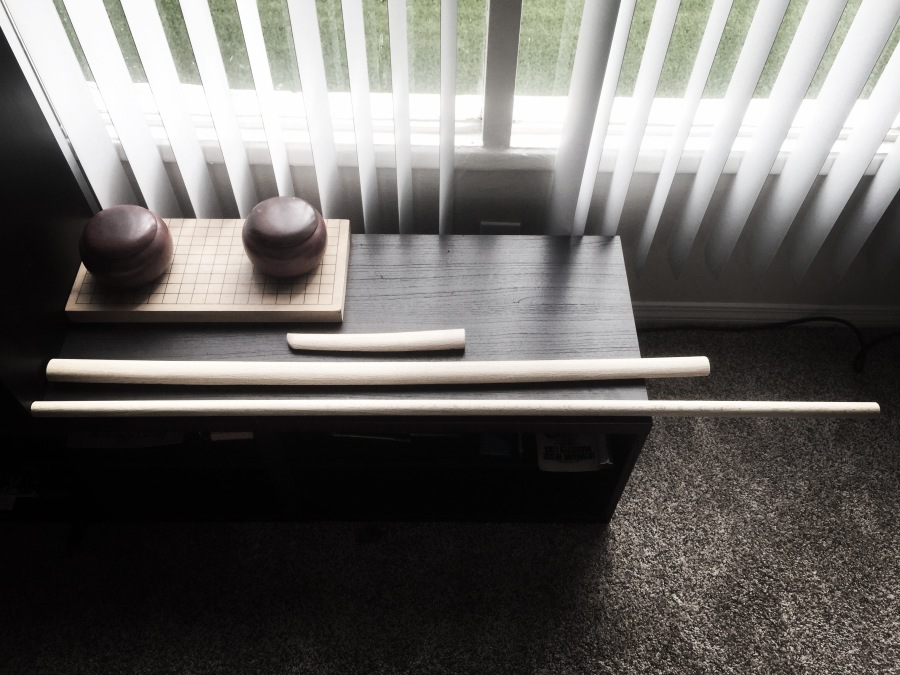 One day there was no fight left in me.

I wasn’t sure what happened to it. Did it drop out of me, or did it simply disappear? Did something release, or let it go; or did it not exist anymore? Had it ever existed?

Wherever it had come from, one day it was just gone.

A challenger had come to the foot of the mountain of the life that I had built, and when I listened to his words, the only thing that stirred was exhaustion. He came and railed against everything I had built and stood for, and as he threatened to tear me down, my friends laughed; and maybe I laughed along, but I no longer remember. I only remember being tired.

I turned my back on the challenger. He thought it was a show of pride. I was just turning around to go and rest.

The challenger went and built his life, and it did not tear down mine. But as he built, he found more important things to focus on than my perceived threat, and he faded away, taking the noise of his angry words with him. Still, they rang in my ears like the gonging of a bell.

In search of silence, I went for a walk. I walked until I stood at the top of the mountain, and I could see everything I had built. My empire stretched far – all the people whom I had touched with my influence – such that I did not worry about my sovereignty anymore. I had made my mark on this world, and nothing was a threat to it.

Had my fight gone away, because there were no worthy challengers left?

If that was the case, I thought, I should have felt satisfaction.

Exhaustion gave way to nausea, and then a creeping sort of loathing. I was looking into a mirror that stretched for miles; stretched so far, that it was impossible to escape.

In my mind, I was no longer surrounded by flashing steel and enemies; I was surrounded only by mirrors of myself. And the voice that rang like a gong in my head – I realized, it was my own.

I sat on a rock on top of the mountain. I could not rule the world, I realized. I could not enforce when my life would unfold, nor exactly how. In my desire for control, even the seasons would not dare pass without adherence to my whims. And whims I had, I realized – whims, I was full of. Impatient and passing. I was not satisfied. I had never been satisfied. I had created an entire life and world, and I was still unsatisfied.

For a moment, the sense of desperation that seized me was so great, that I thought about simply jumping off the mountain and ending it all. There was no one who would stop me – or who could. I had made myself unconquerable. My life was entirely in my own hands.

My hands. I took off the gloves I wore for combat – the gloves I always wore – and for a moment sat in the sunlight, contemplating my hands. They were older than I remembered them being – still soft, but more lined, and more weathered. I was not going to be a “young” warrior much longer, I realized.

I set my hands down beside me. The sun-warmed rock felt good beneath my palms. It even felt… satisfying.

Another wild emotion whirled into my heart and overtook me. How was I so lost, in the heart of my own domain? If everything around me was a mirror, why did I hate it?

I hated who I had become, I thought. My mind grasped for words, but all it could come to was, “I didn’t mean to be this way… I didn’t start out to be this way…”

I remembered myself starting out. I remembered my fifteen year old self, marching out into the world alone, traveling by myself in order to complete my education. I remembered walking in rain and snow; catching buses and trains with suitcases in hand. I remembered hitching rides and eating the blackberries that grew alongside the roads in summer. No destination in mind; just traveling the open road, and learning: dance, psychology, law, interior design. I wandered until I came to America; and then I wandered some more. From Chicago to Michigan; California to Montana; visiting Mexico, Alaska, the East coast… finally settling in the West. Santa Barbara, Berkeley, and Los Angeles. Always learning: Spanish, archaeology, and a different martial art in every city.

I just want to walk, I realized.

I took off my boots. I spread my toes out, then let them dig into the sandy earth. I thought of my studies in Aikido, the art of the open hand. The thought came to mind: I just want to walk unarmed.

Well – if that was what I wanted, then how had I come to this? All of the armor I had either built or scraped together in my journeys… it had brought me to a place where the weight of it prevented me from traveling easily or lightly. I had become as still as a stone — and resentful about it. I thought myself lazy, and resented other people I considered lazy, until they stayed away and no longer reflected my laziness back at myself. I had become ill-disciplined, and I lashed out at those who reflected that in me as well. I had made enemies out of everyone, until there was no one left to reflect any part of me I might dislike. Why?

I just want to walk unarmed, I thought, as I laid my sword in the sparse desert grass.

I just want to walk unarmed, I thought, as I unbuckled the rest of my armor.

The mountain winds breathed through the linen of the shirt I wore beneath, and seemed to move under my skin, filling my lungs with something fresh. And although the sense of tiredness and exhaustion still clung to me, it suddenly seemed no heavier than a cobweb – something I could easily shrug aside as soon as I wanted – of no more consequence than a blanket upon one who has been sleeping.

And suddenly I realized I was listening to silence.